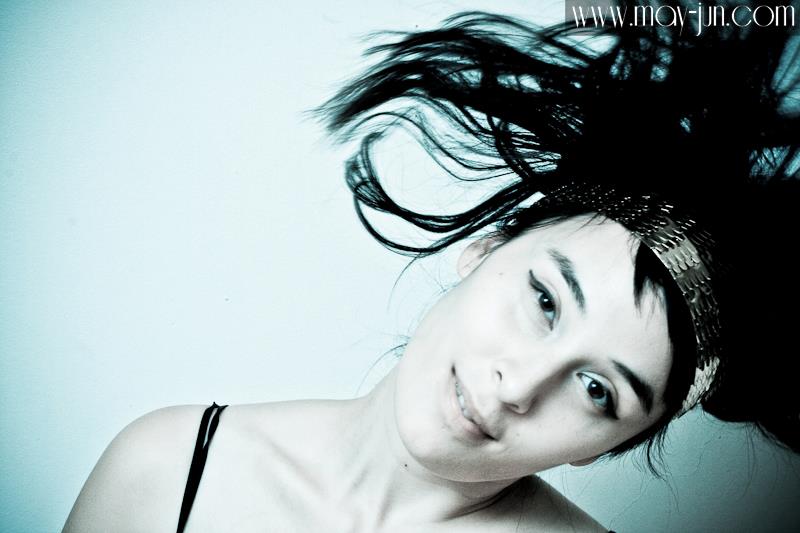 This weekend I did a few self portraits.
I was really inspired by movement self portraits by this photographer that does levitation photography
I decided to try movement by “whipping my hair back and forth”. I used a gold vintage belt as a head piece.  I like how it looks like I’m under water.  Like my hair is floating.  I did some film making before with mythology pieces from the arctic as inspiration.  There are stories of women that lived in the water and would steal children that would play close to the waters edge.  They would take them to live with them in the water.

Tech specks of the shoot:

Pictures shot in RAW and processed in light room.  Played with the colour balance.

I shot this in a 12×12 office space so I did bounce flash to have softer lighting.

I put this on a self timer, and of course a tri-pod.  I had a lamp in the spot of where

I was going to be so that I could make sure I was in focus.  One thing I noticed was that since my f/stop was

a bit lower there was less depth of field.  This means that there was a smaller area (plane of focus).

So I found that with my movement I didn’t always stay in focus, but the pictures did turn out great.

I also found that it’s difficult to have a calm or controlled facial expression when making fast movements with your head.

So I had to practice controlling what face expressions I wanted while in mid movement. Props to models that can do this!