3 reasons why creativity is important 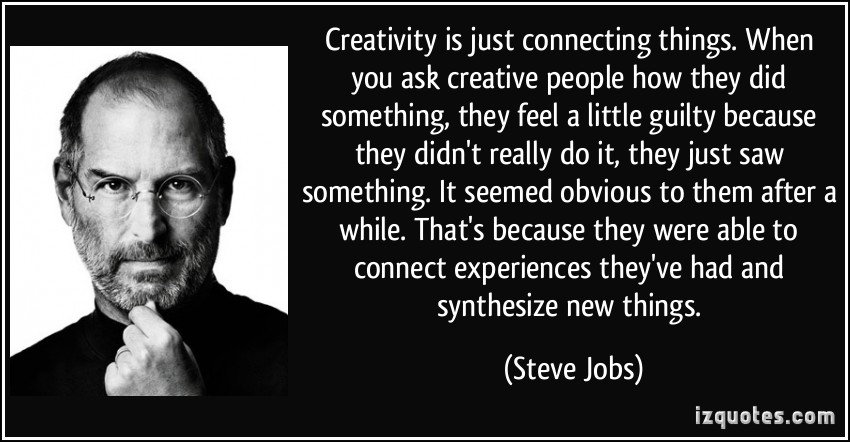 Creativity is a phenomenon whereby something new and somehow valuable is formed. The created item may be intangible (such as an idea, a scientific theory, a musical composition or a joke) or a physical object (such as an invention, a literary work or a painting). -Wikipedia

I think that there is a general thought that creativity has to be something “artsy”, when in reality it’s problem solving, doing something differently, and creating something new.

Without creativity in the world, our life would be bland. Imagine there would be no new songs on the radio, we would all dress the same (for ever), and our scientific and technological progression would stagnate. It would be like as if the world had stopped.

Top 3 ways to be more creative